Ants are tricky because there are about 25 possible ant species that might infest your home. They have some similarities but substantial differences, too.  Ants are social insects that typically live in underground colonies (although some will nest in trees), made up of workers and a queen. Ants are especially attracted to sweets but at certain times of the year they seek protein sources for specific nutritional needs. General ant identification is relatively simple due to their three distinct body regions: head, thorax and abdomen, as well as antennae.

Control methods that will work on one type might not be at all effective on another.  The number one thing to know about ants is: DON’T USE OVER THE COUNTER SPRAYS ON THEM.  Most of these insecticides are repellents that can cause all ant types to split up and relocate into other parts of your home. Instead of just one nest to contend with, now you have several. If you want to try a DIY solution, baits may be your best options. It may control the problem but if not, it won’t make it worse.
So here is a basic overview of the most common ants you might encounter in your home: 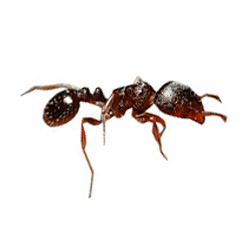 They are called pavement ants because their nests can usually be found in or under the cracks and crevices of the pavement. During the spring they are most active as colonies looking for new territory in which to nest.

Color – Usually they are dark brown to black in color.

Diet – Pavement ants are not picky when it comes to food. Their diet includes insects, cheese, meat, fat, grease, bread, seeds and honey just to name a few.

Habitat – Their habitat is as their name suggests. They live in the crevices and cracks of pavement, sidewalks or near foundations. They can also live under boards and wood. The nest becomes obvious not only from their activity, but from the small mounds of soil showing where they are living.

Impact – As with other ants, pavement ants do not pose a health risk but food contamination can occur from their bodily waste.

Acrobat ants get their common name from their ability to acrobatically raise their abdomen over their thorax and head, especially when disturbed. In comparison to other ant species, acrobat ants are nothing more than a slight nuisance. However, if their colony is disturbed, acrobat ants may sometimes bite. There are various species of this light brown to black ant found throughout the United States, even at altitudes of up to 8,000 feet. These ants can also pose a risk to properties. Occasionally, acrobat ants will strip the insulation from electrical or telephone wires, which can cause short circuits.

Eco Tech Pest Control’s All Season Pest Plan will treat your home immediately for ants, then we will begin the quarterly treatment with the all year guarantee. 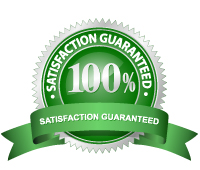 Our one-time pest control service will get rid of the ants now without a service agreement.